Matera: get to know Italy’s most spectacular city

Home/Tales of a Beautiful Nation/Matera: get to know Italy’s most spectacular city
Previous Next

Matera: get to know Italy’s most spectacular city

Located in a remote corner in the southern region of Basilicata, Matera is a breathtakingly beautiful maze-like settlement of ancient stone dwellings dug into soft tufa limestone, on the side of the Gravina Valley.

Known for its picturesque Sassi districts, the first site in Southern Italy to be declared a World Heritage Site, the small town of Matera is one of the most memorable, singular and fascinating tourist destinations in Italy.

The instep of the Italian boot, Basilicata has transformed itself from one of Italy’s poorest, least populated and least visited  regions to one frequented by well-heeled travelers in search of the authentic Italian charm. 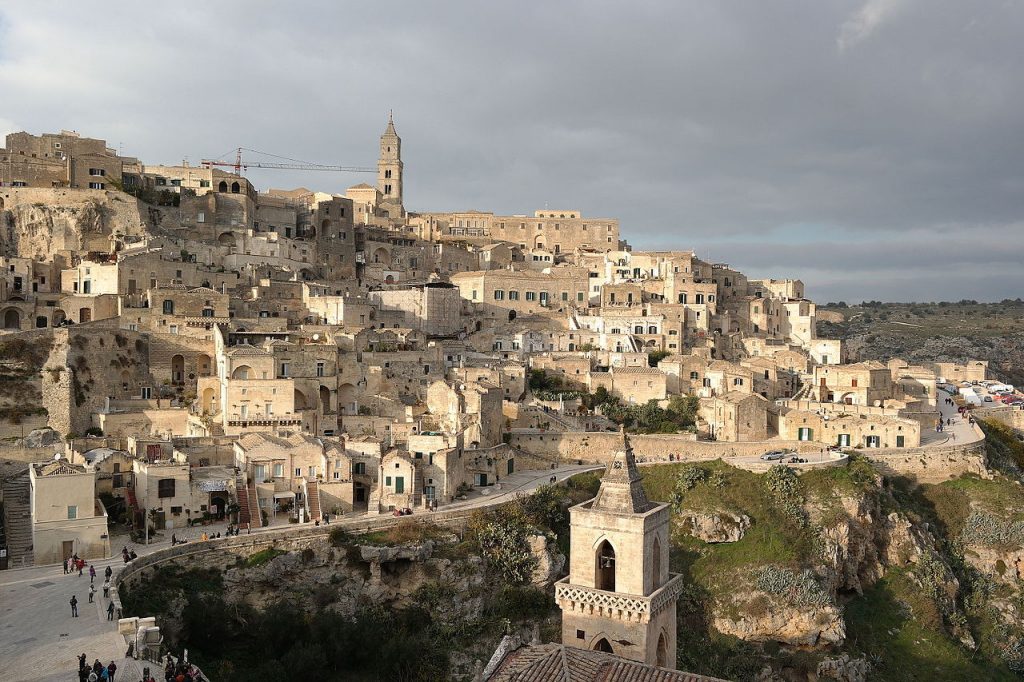 The southern Italian town of Matera has become steadily more popular as an off-the-beaten-track tourist destination in Italy and staying in one of the Sassi’s candle-lit cave hotels has become a truly unique experience that should be on everyone’s bucket list. Where else in the world can you sleep in a room that was first occupied over 7000 years ago? 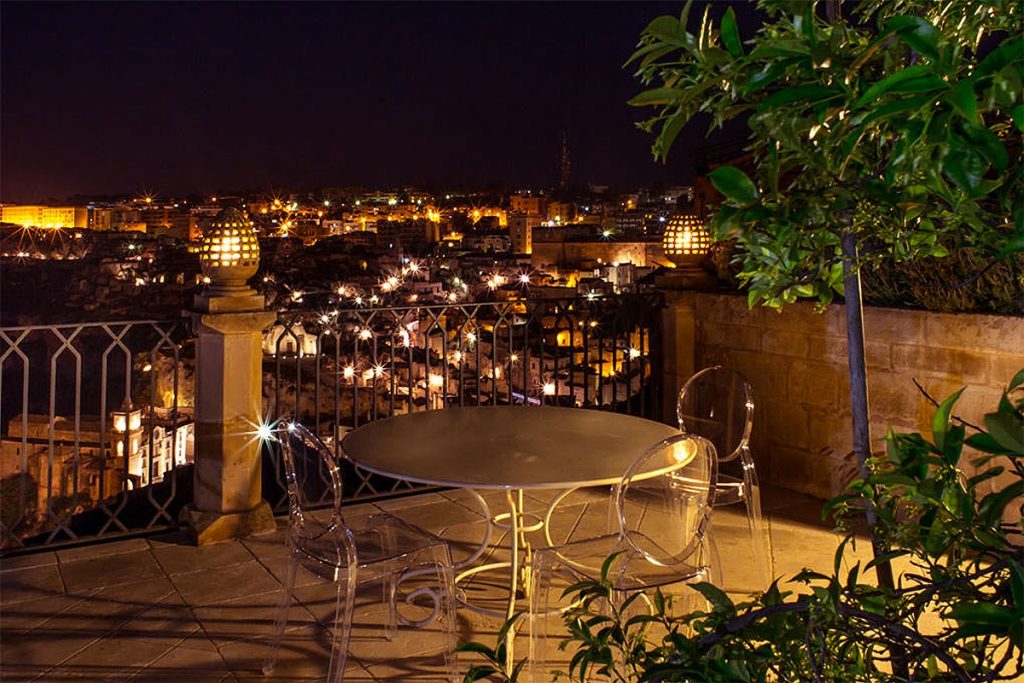 A remote, otherworldly village in the mountains of Basilicata, Matera has been chosen to be featured as the European Capital of Culture in 2019.

Because of its similarity to ancient Jerusalem, a number of movies have been filmed in the Sassi, including Mel Gibson’s controversial film The Passion of the Christ and Pier Paolo Pasolini’s The Gospel According to Saint Matthew. Looking across the gorge to the Sassi, it actually seems you have been transported back to the ancient Holy Land.

The extensive prehistoric cave dwelling districts is Matera’s top attraction. The old part of town is called Sassi, Italian for the “stones”, which refers to the clusters of atmospheric cave dwellings and sandstone caves that have been carved into the mountainside. Homes are carved directly into the rock and some caves date back to the Neolithic period and even earlier.

The Old Town is a steep ravine split into two sections – the Sasso Barisano, the largest district, and the Sasso Caveoso, the oldest neighbourhood that best preserves the appearance of the cave town – separated by a ridge upon which sits Matera’s cathedral. At the end of every narrow alleyways and staircases you are treated to a new breathtaking view of this fascinating town.

Say ‘I do’ in Matera

Matera, Basilicata’s hidden jem, is a breathtakingly romantic destination. Unsurprisingly, many bridal couples from all over the world dream of saying “I do” in Matera.

The hauntingly beautiful skyline of the Sassi and the soft palette of Matera’s landscape makes it perfect for wedding ceremonies, celebrations, honeymoons and styled photo shoots. Wedding ceremonies can be held almost anywhere you want.

The food here is fantastic, with simple ingredients combined in a cuisine of genuine flavours. Matera’s cuisine is one of rustic breads, peasant dishes and varieties of pasta you probably have never heard before, like plump ear-shaped orecchiette.

Don’t miss the chance to taste a bean soup called Crapiata, and Pignata, made from sheep meat. Considered by many to be the best in Italy, the bread here is delicious. Try it with cream and wild onions peppers bran. As for wine, the prized local specialty is a earthy red called Aglianico.

Who else is dreaming of traveling to Matera now?