Volterra, Tuscany: a trip in the city of alabaster

Home/Tales of a Beautiful Nation/Volterra, Tuscany: a trip in the city of alabaster
Previous Next

Volterra, Tuscany: a trip in the city of alabaster

A beautiful walled Tuscan village of Etruscan origins, Volterra is famous for its cobblestoned streets, alabaster workshops and well-preserved medieval ramparts. Strolling through its atmospheric cobblestone streets will make you feel like you have stepped back into time.

Read on to find out more about Volterra, in Tuscany, the most picturesque region in central Italy. 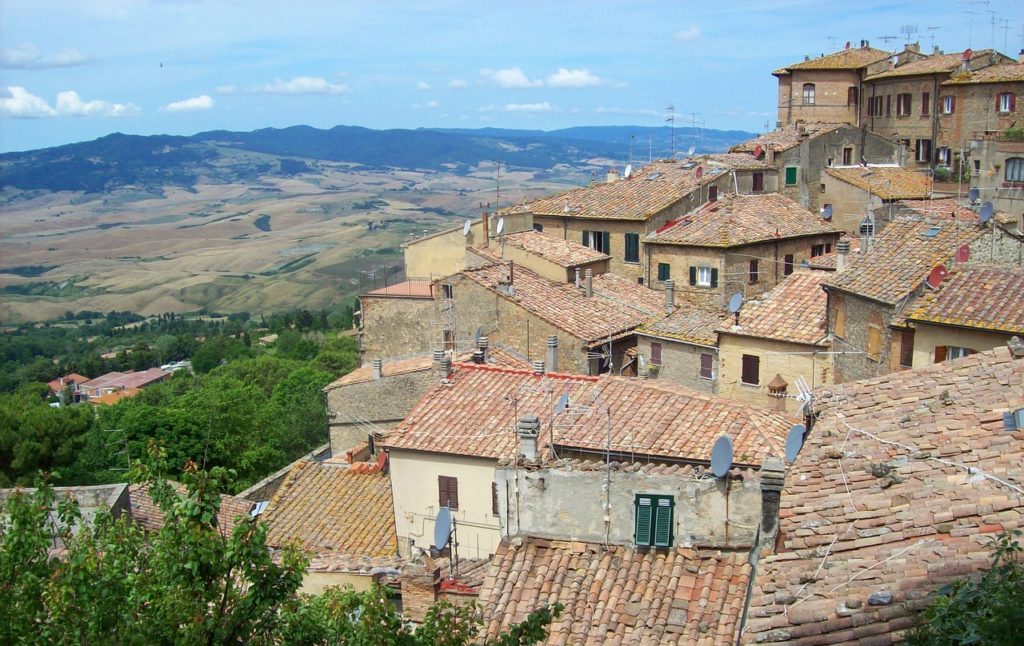 What to see in a tour of Volterra

As you approach the beautiful walled city of Volterra through bleak, rugged terrain, you realize that not all hill towns in Tuscany rise above softly rolling verdant fields. Some 70 kilometres southwest of Florence, Volterra stands mightily over the so-called balze, or cliffs, an awe-inspiring series of chasms and deep gullies created by the erosion of layers of clay and sand. Over the centuries, this continual erosion has eaten away fortifications, churches, settlements and the foundation of the town itself, which is now much smaller than it used to be in Etruscan times. 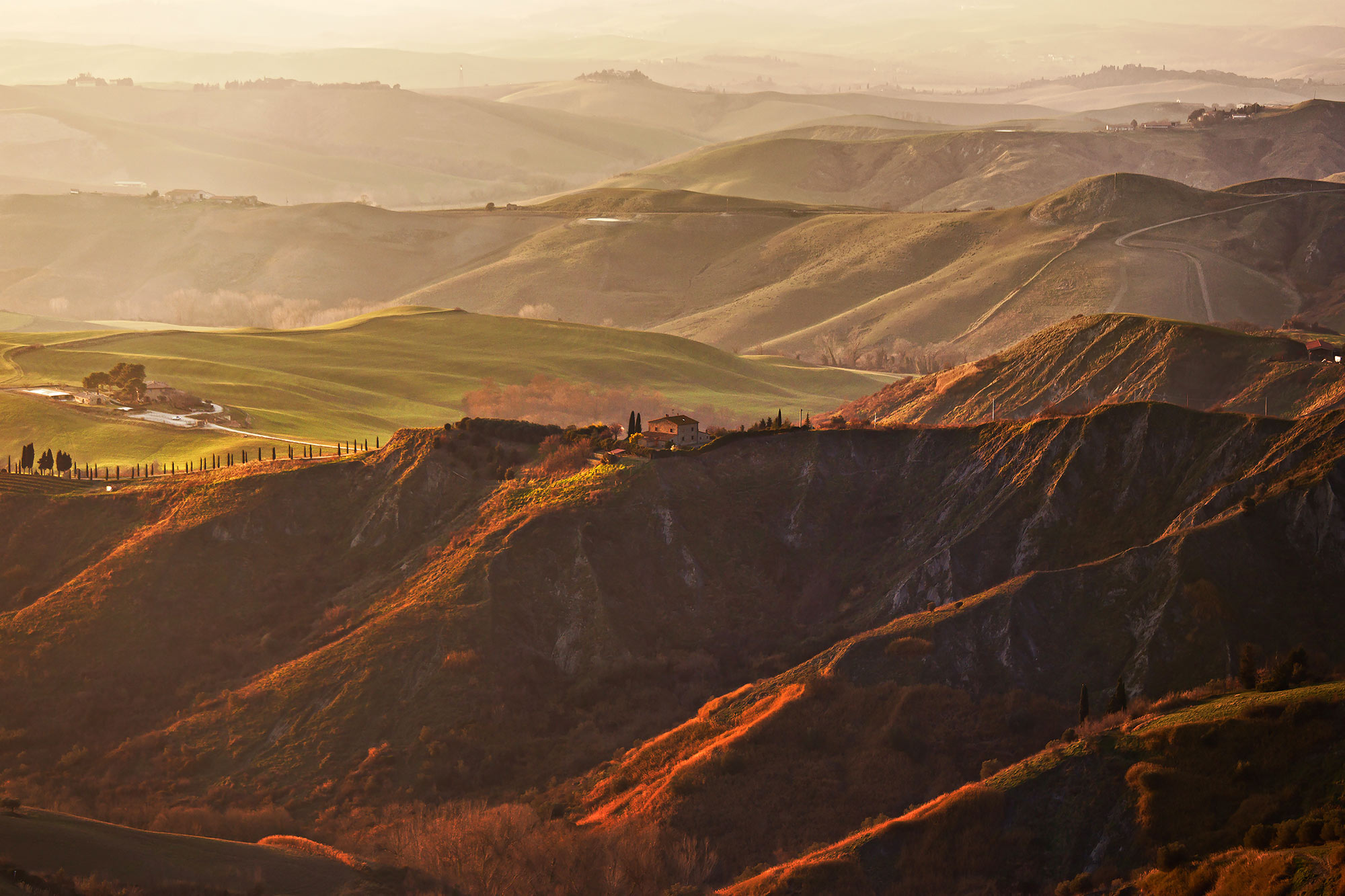 Here is our  list of the top attractions in the medieval Tuscan hill town of Volterra:

If you are a fan of American author Stephanie Meyer, you surely know that Volterra was chosen as the setting for the second book in the Twilight series. The popularity of New Moon has actually increased tourism to the town. 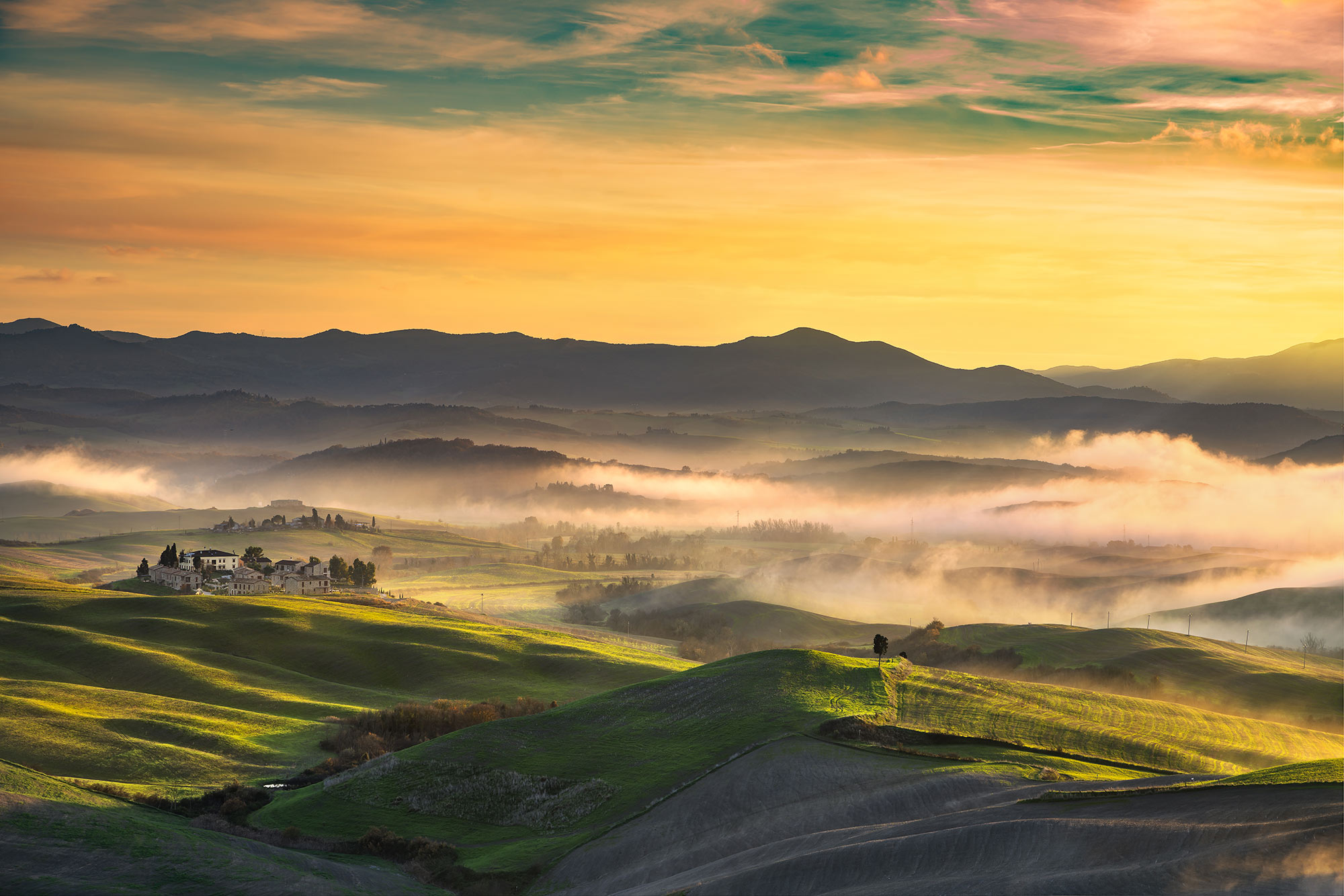 The quarries beyond Volterra have been mined for alabaster since the eighth century BC. Alabaster is a fine-grained, translucent rock, prized for its durability, beautiful colouration and natural veining.

The Etruscans mined it in the nearby quarries and used it for urns decorated with flowers, demons and fierce animals. When the Romans ascended, though, marble became the preferred sculpting material.

Wandering around the centre of the village, you will find plenty of alabaster shops selling lovely items made with this gorgeous semi-transparent stone, from bowls to wine stoppers, from chandeliers to jewellery, from sculptures to picture frames. Most of the shops have their workshops close by, so that you can see the craftsmanship and tools up close. You can also visit Volterra’s historic alabaster workshops, such as Rossi Alabastri, to learn more about the craft and the techniques used to carve alabaster.

You can admire a dazzling array of artefacts and urns carved from tufa and alabaster at the Guarnacci Etruscan Museum, one of the oldest public museums in Europe. A vast collection of statuettes and figurines can be admired at the Ecomuseum of Alabaster.

Where to stay in Volterra

We have rounded up several good choices of luxury hotels near the major attractions in Volterra. Contact us to start planning your exclusive holiday.